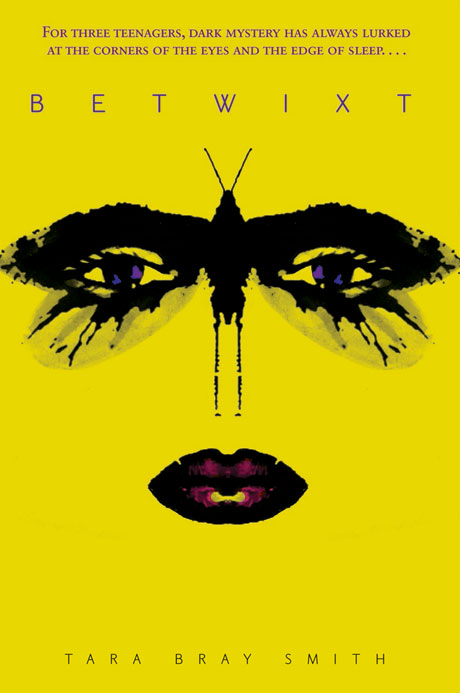 For three teenagers, dark mystery has always lurked at the corner of the eyes and the edge of sleep. Beautiful Morgan D’Amici wakes in her trailerpark home with dirt and blood under her fingernails. Paintings come alive under Ondine Mason’s violet-eyed gaze. Haunted runaway Nix Saint-Michael sees halos of light around people about to die.

At a secret summer rave in the woods, the three teenagers learn of their true, changeling nature and their uncertain, intertwined destinies. Riveting, unflinching, beautiful, Betwixt shows a magic as complex and challenging as any ordinary reality.

I have to start this review by saying that this book was about as trippy as the cover. I’ve seen this book so many times in bookstores (it was published in 2009) and I’ve always wanted to read it! The cover is freakishly captivating and I was definitely drawn to the premise. When I spotted it in a Half-Price Books, I was ecstatic!

Unfortunately, this book really fell short of my expectations. This novel follows the lives of about five or six teenagers (Nix, K.A., Morgan, Ondine, Moth) who are faeries or are affected by their faery friends. Everything goes down in Portland, Oregon (a perfectly appropriate setting, if you ask me). They realize that they are different than their peers, but cannot pinpoint why. I wish I could give a more encompassing summary, but after finishing this nearly 500-page novel, I feel like I’m still trying to sort out what happened.

PG-13 to R: Lots of cussing, sexual references, incest (like whaaa?), and just a heavy amount of darkness

I liked that Tara Bray Smith was trying to do something different with her novel. Yes, it was about faeries. Yes, there are plenty of books about faeries, vampires, werewolves, etc. out there on the shelves. I could genuinely sense that Smith was trying to break out of all of those cliche, overused plot lines and I really respected her efforts. I feel like too many authors give into temptation to write old plots and themes these days.

Everything was so… confusing. It seemed that Smith didn’t really think out the plot before she started writing. The characters were not well-developed and cuss words were thrown in everywhere to increase the intensity of the novel, but I didn’t feel like they were justified. Maybe Tara Bray Smith’s novel was just too complex for me, but after reading others’ reviews on the interwebs and finding that we all mainly agree about the confusion element of this novel, I feel like the real problem was just the plot. It wasn’t that Smith was a bad writer – quite the opposite. Smith’s writing flows well and her style sometimes edges into poetic territory which made it fun to read at times.

Also, I felt like I was on drugs while reading this novel. Maybe that was the author’s intent? There was also a lot of darkness and dark themes in this novel. It bordered on making me feel uncomfortable. Yet again, that is something that is personal to me. One of the characters, Morgan, seemed to be wanting to seduce her brother at one point of the novel (which was just a bit awks to read), but then the author dropped that whole idea. I finished the whole novel because I wanted to know if it would all wrap up at the end, but, unfortunately, it did not.

I give her kudos for trying to be different, but it fell short. 😦

I was interested in discovering that this novel was optioned to become a CW show and had already finished filming the pilot when it was canceled. It was going to be called Changelings. I think it would have been interesting to see how CW would have handled the plot and characters! Not going to lie, I would have watched it.

Plus, Blair Redford (The Lying Game & Switched At Birth) would have been playing a lead role as James “Moth” Motherwell 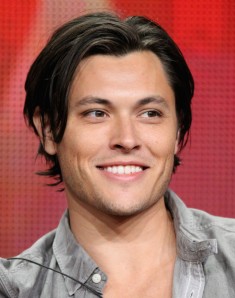 It’s too bad that it was canceled… I believe it would have been interesting!

Overall, I’d give it 2/5 smooches because I’m still baffled as to the plot line, but I do admire Smith’s efforts to write something unique.