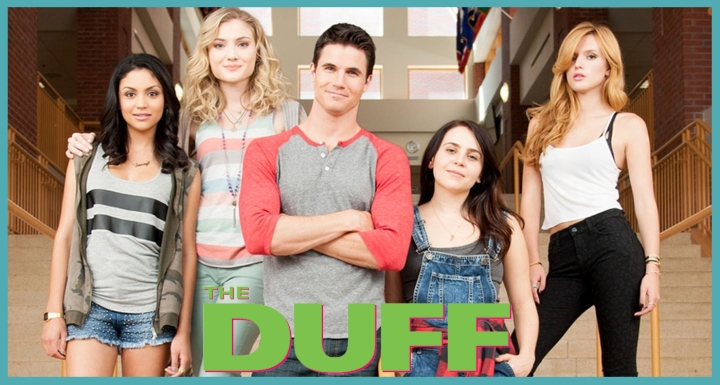 I’m not deserving. I’m just a regular 20-year-old book blogger whom Gofobo decided to bestow with the gift of abundant advanced screening glory. I’m not worthy. I am not worthy, but I thank you Gofobo gods. People on my dorm floor now see me as a harbinger of advance screenings; there is no way I will ever be able to achieve this level of floor fame again.

I need to state at the beginning of this review that I did not like the book by Kody Keplinger. I severely disliked the book, in fact. That being said, whether you were a huge fan of the book or whether you wanted to throw it at the wall (like I did), this review is for you. So, don’t tune me out. Read this review and then decide whether you should watch the movie in theaters. After all, I was given six advanced screenings to the movie. That counts for something right? By the way, I only attended two (and gave the rest away to friends).

The point of this review: you need to see this movie. Like I said before, whether you liked the book or wanted to bang your head against the wall in frustration matters not. I give Keplinger huge props for writing and publishing this book when she was a teenager, but book Bianca annoyed me and I had no respect for her.

The D.U.F.F. is a YA fiction novel published in 2010 by Kody Keplinger (then only 19 years old). The acronym stands for “Designated Ugly Fat Friend”, a nickname that the main character, Bianca Piper, is called by the typical popular, flirty birdy jock, Wesley Rush. If you haven’t heard of this book, don’t jump to conclusions and think that it’s just a fat shaming flick. This teen movie has some cliché moments, but its message is positive and relevant.

From what I read of the book–I DNF’ed it 40 pages in–and from what I’ve gathered from Goodreads reviews, this movie is not like the book at all. For one, they took out the weird Piper/Rush sexual relationship, and replaced it with something sweet, but not too watered down.

Mae Whitman, the actress who plays Bianca Piper, adds a funny, sarcastic, and relatable side to Bianca that I didn’t see in the book. Bianca is less “everyone-sucks-and-I’m-superior” in the movie adaptation than in the actual novel. Whitman plays the role surprisingly well and I feel like many teen girls will find that Bianca strikes a chord with them. She’s incredibly real as she begins believing that she is, indeed, the “DUFF” among her friends. Self-conscious and sarcastic, Piper is a character that we can all cheer for.

Robbie Amell plays Wesley Rush, the misunderstood preppy jock who Bianca dislikes, but cannot help needing in her life. They’ve been neighbors since forever and she’s grown up with him. Most of us have this friend–the one that you can never not be friends with because you’ve seen their most awkward, pubescent moments. Plus, he’s grown up to be quite the attractive man candy. He’s caught in an unhealthy relationship with Madison (Bella Thorne) and his home life isn’t so great, but he needs to pass chem.

Caught in the negative mindset of thinking herself a D.U.F.F., Bianca strikes a deal with Wesley to help him pass chem in exchange for help in “un-duffing” herself. The movie is a nice mix of lighthearted moments and more serious moments that deal with all-too-real topics (i.e. negative body image and cyberbullying).

Overall, I really enjoyed this movie. The use of social media throughout the novel will appeal to social media savvy teenagers everywhere and Whitman was the perfect casting pick for Bianca Piper. Even if you didn’t enjoy the book, take a chance on this movie adaptation. I don’t think it’s that similar to the book (a reason I liked it). If you happened to love the book, go into this movie with an open mind and don’t expect a completely similar plot line.

I, myself, am a DUFF and that is why I endorse this film.

Oh, and check out this awesome trailer.