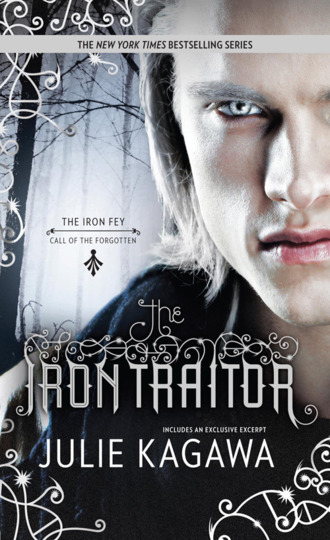 IN THE REAL WORLD, WHEN YOU VANISH INTO THIN AIR FOR A WEEK, PEOPLE TEND TO NOTICE

After his unexpected journey into the lands of the fey, Ethan Chase just wants to get back to normal. Well, as “normal” as you can be when you see faeries every day of your life. Suddenly the former loner with the bad reputation has someone to try for—his girlfriend, Kenzie. Never mind that he’s forbidden to see her again.

But when your name is Ethan Chase and your sister is one of the most powerful faeries in the Nevernever, “normal” simply isn’t to be. For Ethan’s nephew, Keirran, is missing, and may be on the verge of doing something unthinkable in the name of saving his own love. Something that will fracture the human and faery worlds forever, and give rise to the dangerous fey known as the Forgotten. As Ethan’s and Keirran’s fates entwine and Keirran slips further into darkness, Ethan’s next choice may decide the fate of them all.

I’ve been waiting to read this book for what seems like ages. I’m so thrilled to have finally had the chance to read it! I love this series and Julie Kagawa so darn much. Though I was sad that Prince Ash (*swoon*) wasn’t going to be the main focus of this book, I still enjoyed it immensely.
MORAL RATING:
PG/PG-13: Some profanity, kissing, fighting/violence
THE GOOD:
I don’t know how Julie Kagawa writes such a delicious blend of suspense, adventure, and romance every single time, but I want to know her secret! Ethan has a fresh, new voice that is distinctly different from Meghan or Ash in the previous novels. He’s perfected the bad boy image, keeping people at arm’s length to keep others safe. Until Mackenzie St. James enters the picture and he finds that she’s not scared of him or the bad reputation that he has been building since childhood. It was really interesting to see an independent, strong seventeen-year-old Ethan instead of the frightened, sweet four-year-old Ethan from the previous novels. So much has changed! He’s hardened himself against all things faery after ‘losing’ his sister to the Nevernever. I felt really sorry for him, actually. I’d never thought of his side of the story before or how abandoned he’d feel when Meghan eventually became the Iron Queen and made her home in the Iron Realm with Ash. So, yeah, judge me, but I actually experienced some guilt while reading this book. Yes, I’m aware these are fictional characters. But, wouldn’t it be awesome if they were real? Heck yes.
I loved seeing some of my old favorites like Puck and Grim (oh, how I adore that feline). And even Ash made a special appearance! The ending tore my heart up, and there was a definite cliff-hanger. This series demands another book. I’m a bit confused because I assumed this was the very last book of The Iron Fey series. Well, without revealing any spoilers, Julie Kagawa is required to write another book in this series as a result of the first writing the ending of this one. Otherwise, I will be writing her a letter demanding a full explanation (in a kind and extremely polite fashion, of course). In other news, Kenzie and Ethan are absolutely adorable; their chemistry is off the charts. Kierran and Annwyl are sweet, also. There’s good character development throughout the novel for all four of the characters (especially Ethan) and the writing does this story justice.
THE BAD:
I felt like this was a slower-paced read than the previous novels. To be completely honest, I struggled a bit to get into it because Prince Ash isn’t in this one. Lame reason, I know, but I’m kind of his biggest fan. But, this is Ethan Chase’s story, so I understand. There were several plot points that weren’t really explored (such as The Prophecy), but I think that’s because Kagawa is going to continue this series. I’m totally fine with that! I will wait. 🙂
Also, I was a bit confused as to how one pronounces Annwyl’s name. So, I consulted the good ol’ Twitter!

So, now we all know! Maybe it’s just me, but not knowing how to pronounce a character’s name drives me absolutely batty. Thanks Twitter and Julie Kagawa! She’s the sweetest. Tweet her!
SOUNDTRACK:

I feel like this is the perfect love song for both Kierran/Annwyl and Ethan/Kenzie. They’re both fighting for their loves… LIGHTS really captures those emotions with these lyrics. So lovely ❤

THE VERDICT:
I really liked this book! It was sweet, but still had plenty of action scenes and Nevernever to keep me satisfied. I have to give it 4/5 hearts. Prince Ash and Meghan hold a very special place in my heart; it may take another book for to completely warm up to Ethan. Kagawa did an excellent job, as always, of introducing him to the reader again and I did enjoy this new angle on The Iron Fey.
If you haven’t read these books yet, I highly recommend them! They’re amazing and you will fall in love.