When I was younger, if a book didn’t grab my attention within the first fifty pages, I would just give up. There are so many amazing books that I missed out on (cough cough The Maze Runner cough cough) as a result of my short attention span.

Some books, however, are just not meant to be. Some books–even after 100 pages–don’t have lights at the end of the tunnel. Here are a few of them that just fell short for me recently. 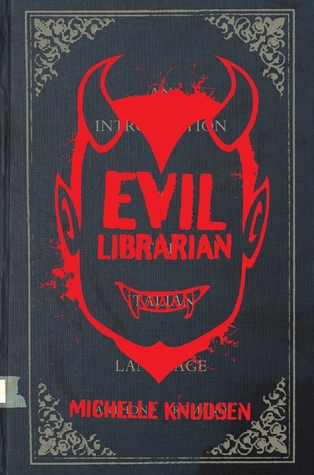 When Cynthia Rothschild’s best friend, Annie, falls head over heels for the new high-school librarian, Cyn can totally see why. He’s really young and super cute and thinks Annie would make an excellent library monitor. But after meeting Mr. Gabriel, Cyn realizes something isn’t quite right. Maybe it’s the creepy look in the librarian’s eyes, or the weird feeling Cyn gets whenever she’s around him. Before long Cyn realizes that Mr. Gabriel is, in fact . . . a demon. Now, in addition to saving the school musical from technical disaster and trying not to make a fool of herself with her own hopeless crush, Cyn has to save her best friend from the clutches of the evil librarian, who also seems to be slowly sucking the life force out of the entire student body!

From best-selling author Michelle Knudsen, here is the perfect novel for teens who like their horror served up with a bit of romance, plenty of humor, and some pretty hot guys (of both the good and evil variety).

The main problem I had with this book was the main character, Cynthia Rothschild. I found her narration of the novel’s events overwhelming, unnecessary, and annoying. It’s apparent that Knudsen wrote this novel to be humorous and slightly ridiculous–it’s not meant to be taken completely serious! While some of Cyn’s comments were hysterical, I found those moments too few and far between when compared to her long dialogues about how hot and dreamy she found her crush, Ryan. There was plenty of unneeded cussing (F-bombs and S-words) and sexual innuendos throughout the novel. With all the other worthwhile books in the world, I’d leave this one on the shelf.

My Feelings About This Book In A Gif:

The Rose Master by Valentina Cano 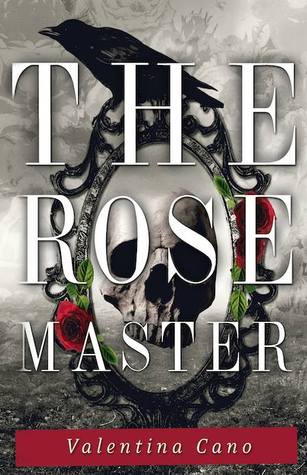 The day Anne Tinning turns seventeen, birds fall from the sky. But that’s hardly the most upsetting news. She’s being dismissed from the home she’s served at since she was a child, and shipped off to become the newly hired parlor maid for a place she’s never heard of. And when she sees the run-down, isolated house, she instantly knows why:

There’s something wrong with Rosewood Manor.

Staffed with only three other servants, all gripped by icy silence and inexplicable bruises, and inhabited by a young master who is as cold as the place itself, the house is shrouded in neglect and thick with fear. Her questions are met with hushed whispers, and she soon finds herself alone in the empty halls, left to tidy and clean rooms no one visits.

As the feeling of being watched grows, she begins to realize there is something else in the house with them–some creature that stalks the frozen halls and claws at her door. A creature that seems intent on harming her.

When a fire leaves Anne trapped in the manor with its Master, she finally demands to know why. But as she forces the truth about what haunts the grounds from Lord Grey, she learns secrets she isn’t prepared for. The creature is very real, and she’s the only one who can help him stop it.

Now, Anne must either risk her life for the young man she’s grown to admire, or abandon her post while she still can.

The beginning of this book was gripping and interesting. I picked up this novel and read it whenever I could (especially in Financial Accounting… that class made about as much sense as a foreign language). The writing was fairly decent (beautiful descriptions), though there were plenty of awkwardly phrased sentences and phrases throughout. I stopped reading this book–and starting skimming–when the plot became centered around a weird, shapeless, supernatural being in the house. The details surrounding this creature weren’t clear, and I didn’t feel like there was much to separate this book from other YA supernatural reads. Honestly, if I had been Anne, I would’ve high-tailed it out of that creepy mansion. Who cares about the attractive guy that lives in said creepy mansion?! These girls need to get their priorities in order. Maybe if I didn’t have such a tall TBR pile, I might have stuck it out. As it is, though, I need to dedicate my time to other books.

My Feelings About This Book In A Gif: