Top Ten Tuesday is a lovely original feature/weekly meme hosted by The Broke and the Bookish.

Sadly, summer is coming to an end (not for me hahah!) and so this week’s TTT deals with a back-to-school theme. I’ve actually been looking forward to this week and plotting out the pros and cons of a bunch of my favorite book characters. Can I even pick my top ten favorites? Too tough. Anywho, here are the top ten book characters I’d have at my lunch table. I feel like most of these characters are going to be male, so I apologize in advance.

Okay, before these things are misconstrued, I am not Team Puck. I just want to clarify. I’m actually a way bigger fan of Ash and it breaks my heart that I won’t be incorporating him into this list today. But, this lunch table would need a prankster and Puck is the perfect man to create a little fun chaos in the cafeteria. Plus, he’s a ginger. Doesn’t the world need more gingers? Doesn’t my lunch table need more gingers? I think so.

When I read Anna Karenina, I really, really, really loved the parts with Levin. It’s a sub-story that is supposed to echo Tolstoy’s own life and marriage. Throughout the first half of the novel, everything is going wrong for this man. He is turned down by a beautiful girl, loses a bunch of money in his farming pursuits, and he almost commits suicide as a result of the way his life is going. But, Levin is such a strong and resolute character and I think I’d just give him a bunch of hugs if he sat at my lunch table. Plus, I’m sure he’d have a loverly Russian accent and would have plenty to say about Russian politics. And, as you all know, one always needs to be in the in the know about those Russian politics.

3. Lina Mayfleet (The City of Ember)

Two things: A) if you haven’t read this book yet, go buy yourself a copy and know that I expect you to read it ASAP and B) Lina Mayfleet is a BAMF. This girl is so creative and imaginative. Not only does she discover a way to exit Ember, but she has the courage to be the first to try out the escape (with Doon and Poppy, of course). She saves her whole town! Chances are, I’d need help with Calculus… or maybe planning an escape from Calculus and Lina would be the perfect one to help me. What a great female heroine! Love her.

4. Gavriel (The Coldest Girl in Coldtown)

As much as I really tried not to, I kind of ended up liking another vampire character after Edward Cullen (post-2008, not so much). Gavriel is cunning, secretive, and lethal. He’s also a guy that doesn’t hold back on that sass. I’d need him on my team in P.E. and in life. 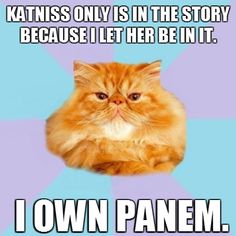 If you know me, you know that I love Buttercup’s sass in The Hunger Games. This cat deserves more hype. Sure, this feline can’t talk so he’d be a rather silent part of my lunch posse, but I think he’d bring an element of spunk that no other character could bring. And another ginger? Heck yes. Let’s go.

Oh, and Buttercup has claws. Sure, we could summon our inner Mean Girl to tell someone that they aren’t allowed to sit with us, but Buttercup’s claws would also get the message across with fewer words. 😉

Also, check out my HG Twitter for Buttercup right here. 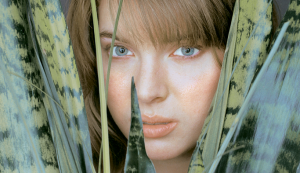 Tally Youngblood would be a great conversationalist. I’m talking about pre-pretty makeover. Honestly, I don’t know if I could handle her post-pretty makeover, bubbly self. But, before all that junk, she’d be so much fun to talk to! First of all, I doubt that she’d be a catty girl, constantly concerned about how she looks. She ventured out to The Smoke by herself, and, though she betrayed everyone there accidentally, I’d give her a second chance. She’s a fun, feisty, brave character who could definitely teach me a thing or two. She’d have such great stories to tell at a lunch table about all of her Ugly pranks on the Pretties. Talk about entertaining!

This is a bit of a throwback, but Goldilocks needs a bit of cred here. Since I’m not much of a rule breaker, I’d need a rule breaker at the table. Maybe someone who would start a food fight with no provocation or someone who’d take a stand against the terrible cafeteria food. Sure, Goldilocks would be mostly at my table for entertainment value, but I’ve also always wanted to talk to her. I’ve always questioned her motives for entering a bear’s house (food is not a good enough reason).

8. Rhett Butler (Gone with the Wind)

I will always have a special place in my heart for Rhett Butler. Sure, I’m sure he’d start a couple of fights at the table or be annoyingly good at pointing out my own shortcomings, but I think he’d fit in at my table of misfits. He’s a very strong personality, but he has impeccable style and can be charming (when he wants to be). He dealt with having Scarlett O’Hara as a wife — they’re both cads– and that counts as ten billion points in my book. Plus, that smile. That little smirk. Clark Gable would be welcome to my table, too.

9. Jamie Sullivan (A Walk to Remember) 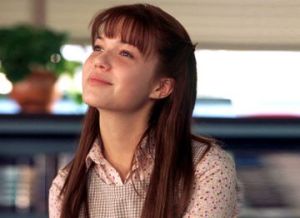 I love Jamie’s strong sense of self. She’s just so confident being herself and I admire her for that. Having someone so grounded and positive at my table would help even things out. In my little universe, she wouldn’t be sick. ❤

10. Catcher (The Forest of Hands and Teeth trilogy) 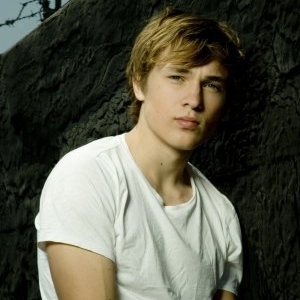 William Moseley is not who I would picture Catcher as in a movie adaptation, but he will have to do in this instance. Catcher is brave, a bit impulsive, and passionate about the people in his life. Sure, it’d also be fun to have someone half-unconsecrated at my lunch table too. Don’t exactly know how that’d work with Gavriel, but we’d figure it out. Catcher is one my favorite YA characters.

This lunch table is all over the place, but, hey, we’re all misfits of sorts so we’d get along. Now, I’m just sad because I wish this lunch bunch would actually happen in real life.

I’m having withdrawals after finishing this list, people. Sadness. Anger. Ugh. Anyone else experience these same feelings this week post-TTT list?

Link up your TTT and let’s talk books! 🙂

[NOTE: All of the lovely pictures above were taken from Google and I do not own them! If any of the above edits/pictures are yours, please contact me and I will give you credit for them or I can take them down]

2 thoughts on “Top Ten Tuesday: Characters At My Lunch Table”